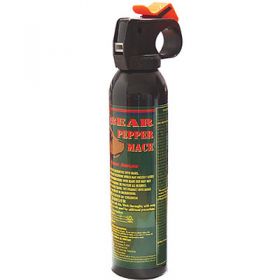 Bear pepper spray should be in your pack whenever you're in bear country. One of the best way to avoid an encounter is to make lots of noise when traveling through their area.  However, if they are surprised or if they feel threatened, bears may attack. Especially if they have their cubs to defend.

You can protect yourself from bear attacks with safe, humane Mace Pepper Bear Spray. This powerful Magnum Fogger sprays up to 30 feet!

If a bear is charging at you, you can blast a barrier of this potent formula between the two of you to help ward off the attack.

The Sierra Club wants the Forest Service to require everyone who enters a national forest in grizzly bear country to carry bear spray. Spokeswoman Heidi Godwin said in a news release, "The proper use of bear pepper spray will reduce human injuries caused by bears, reduce the number of grizzly bears killed in self defense, and help promote the recovery and survival of the grizzly bear."

We don't necessarily approve of making new laws, but it does show how effective bear spay is against bears. Also, make sure that the spray you are using is registered with the EPA for use against bears. There is a special formula for this and ordinary pepper spray is not recommended. 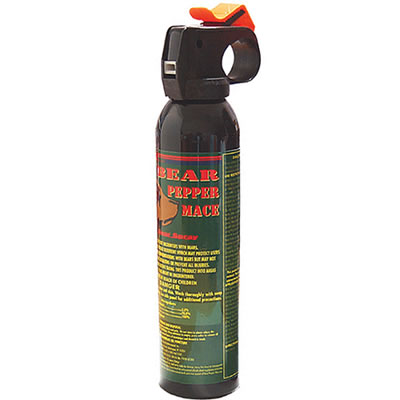