Personally, I’m big on multipurpose items in my survival kits. Rarely do I add anything that cannot do at least double duty. Snare wire is no exception to this rule. 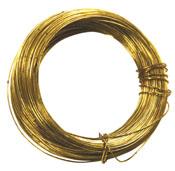 The first and most obvious use is to procure food in the wild. Naturally, snares and traps are really only beneficial if you'll be in the same location for a day or so. You don't put out a snare and realistically expect to catch something an hour later. Sure, that could happen but not reliably. But if you're going to hunker down for the night, it doesn't hurt to put out a few snares and check them in the morning.

Being a metal wire as opposed to a textile, it will hold its shape well, which is necessary for many types of snares and other traps.

The second use is for lashing. Yes, paracord works well for this purpose as well but remember the Rule of 3s — have at least three ways to accomplish a given goal. So, I consider my snare wire to be a backup to my paracord for this purpose. Being a stiff wire, one need not rely on knots but just wrap the wire around and give it a twist to keep it in place.

Another reason I like snare wire for lashing is I don’t have to cut up my paracord into shorter lengths. Given that I can carry 100′ of snare wire in my pocket or a pouch on my pack, I can easily spare the eight or ten inches it would take to lash a small spear point to a branch. I know that one can take inner strands out of paracord, that’s one of the appeals of it. But, snare wire can do the job just as well in many cases.

Most of us have at least a bit of fishing gear in our kits, right? Some line and a few hooks if nothing else. What is sometimes forgotten are sinkers. The sinker plays an integral role in fishing. It pulls the bait down to the fish, rather than letting it float on or near the surface. Granted, depending on what you’re fishing for, letting the bait rest on the water might be ideal. But generally, in a survival situation, you’re after things like panfish, which are easily caught. The sinker engages in something like a tug of war with your float (a small piece of wood if nothing else) to keep the bait suspended in the water.

If you find yourself needing to get dinner out of a lake, you can make a serviceable sinker out of a rock and some snare wire. Find a rock of suitable weight, bearing in mind that it will likely be larger in size than a comparably weighted sinker since lead is much heavier than rock. Wrap snare wire around the rock several times, spacing out the wrap a bit so you encompass most of the rock, and finish it off by making a loop with the wire. What works well is to pinch the wire so you have a bend about a half-inch long, then continue wrapping the wire a few times. Then, take that bend and twist it into a closed loop.

Feed your fishing line through the loop and tie the line to the sinker four inches or so from the hook. You may have to experiment a bit with the improvised floats and different rocks to get a combination that will work well but really, it sounds harder than it really is.

I realize split shot sinkers are very small and easy to toss into a fishing kit but if you have your line break or lose those sinkers in some other way, this is a great improvised solution.

What other uses do you have for snare wire?